Starting Electronics needs your help! Please make a donation to help cover our hosting and other costs. Click the donate button to send a donation of any amount.

Tutorials for the following can be found here: 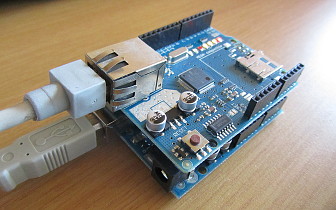 This multi-part tutorial shows how to set up an Arduino with Ethernet shield as a web server. The tutorial also teaches the basics of: 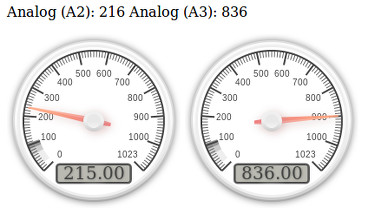 Two gauges on a web page diplay the analog values from two potentiometers that are connected to analog inputs of an Arduino Uno and Arduino Ethernet Shield.

The Arduino acts as a web server that hosts the web page that displays the gauges.

How to Connect an Arduino to the Internet 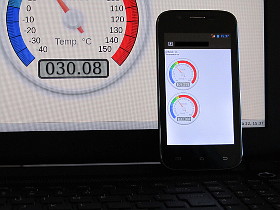 This tutorial explains how to connect an Arduino web server to the Internet. The example Arduino sketch reads two temperatures and displays them on dial gauges on a web page.

Any device that can connect to the Internet, such as an Android phone or PC, can access the Arduino web server.

SAM-BA is a bootloader program found on Microchip ARM microcontrollers that works together with the SAM-BA PC application to load software to the microcontroller from the USB or serial port.

This tutorial shows how to load software to an Microchip ARM microcontroller using SAM-BA and a AT91SAM7S-EK board. 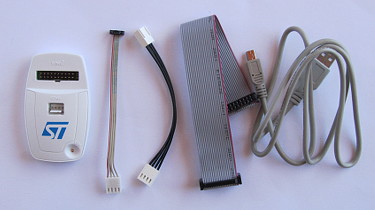 Only four wires need to be connected between the ST-LINK/V2 programmer/debugger and a STM32F100 microcontroller in order to load a program to it.